For a commercial flop from 1970, Minnie Riperton's solo debut album, Come to My Garden, has made a considerable impact, serving as a signature touchstone for one of today's most celebrated electronica acts. The disc picked up on the heady psychedelic soul Riperton had concocted with Rotary Connection — and, more significantly, producer Charles Stepney, who went on to produce some of Earth, Wind & Fire's finest mid-'70s classics.

Distinguished by haunting string and brass orchestrations and a soulful bottom end, Come to My Garden was roundly dismissed at the time of its release. But, thanks in large part to the British duo 4Hero, it has become a cult classic. In 1998, 4Hero made a pivotal artistic turn with Two Pages by complementing menacing drum 'n' bass rhythms with lush, transportive orchestrations. The band admitted that Come to My Garden served as a key influence. Then, five years later, 4Hero paid a magnificent tribute to that album with its rendition of Riperton's "Le Fleur," a trippy tune sung from a flower's point of view.

The majestic "Morning Child" continues in 4Hero's tradition of writing sonic love letters to Riperton. As with "Le Fleur," it features Carina Andersson, whose crystalline soprano and remarkable control make her Riperton's heir apparent. Lyrically, "Morning Child" hearkens to early-'70s "Age of Aquarius" sentiments, as Andersson expounds on the joys of being an infant. The song sounds surprisingly optimistic when placed alongside some of the disc's darker material. But when channeling a voice as incandescent as Riperton's, sanguinity is almost guaranteed.

Listen to yesterday's 'Song of the Day.' 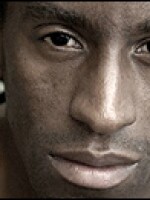 John Murph
John Murph writes about music and culture and works as a web producer for BETJazz.com. He also contributes regularly to The Washington Post Express, JazzTimes, Down Beat, and JazzWise magazines.
Latest Stories