In April 2007, author Andrew O'Hagan visited Norman Mailer in Cape Cod. The aging literary lion would pass away that November. But over the course of two days that spring, he gave O'Hagan a lengthy interview, later published in the influential literary journal The Paris Review. The interview was the second he had given to the journal; the first ran in 1964.

In the introduction to his Q&A, O'Hagan writes that the 84-year-old Mailer was "loyal to the spirit of argument and attentive to his opponent's appetite. For instance, after several hours of us locking into one another like two convicts in a Russian novel, Mailer suggested we go lie down, and we were soon asleep on our respective beds with the wind howling outside from Melville's old shipping lanes."

O'Hagan's conversation with Mailer is a standout among the 16 explorations of the vocation of writing reproduced in the third volume of Picador's essential Paris Review Interviews. But in its scope, attentive writing and careful editing, it's also typical. In each chapter, the reader witnesses a fine mind wrestling with the themes and demands of the novel, a play, poetry or a story. We are, in effect, students in a master class rife with opinionated instruction. (Get rid of anything "too literary," says Georges Simenon, the French writer best known for his Inspector Maigret novels: "Adjectives, adverbs and every word which is there just to make an effect.")

However disparate the insight of Ralph Ellison, Ted Hughes, Raymond Carver, Joyce Carol Oates and others included here, the collection preserves a sense of continuity — the undying exertion of a great, overarching artistic endeavor. These giants of modern American and world literature share the same quandaries: What is good writing? What does the writing life entail? It's a small joy to read how they puzzle out old dilemmas that future writers will also confront. 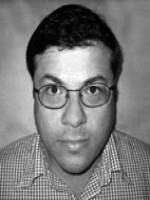