The itinerant path of a touring musician is nothing new. Drummer Daniel Freedman has walked that walk with New York jazz groups, salsa units, forro bands and on international tours with Angelique Kidjo. He has also taken the road less travelled – by bus.

"I was in Mali in 1997, and definitely had a few epic bus trips," Freedman says. "What I was told would be an eight-hour ride was closer to 30-something hours. No one else seemed to be complaining about how packed the bus was or that all the animals were on the roof. All the things we Westerners are not used to. That was the first time I went."

Bamako By Bus, Freedman's latest project, features a dozen other musicians with hectic schedules, including bassist Meshell Ndegeocello. "I spoke to Meshell about playing on a couple of tunes," Freedman says. "She was so enthusiastic about playing in general. It was inspiring. It was motivation to say, 'Let's do this.'"

And he did. What started as obsessive tinkering in his project studio became the foundation of Bamako By Bus. First, Avishai Cohen played trumpet and stacked melodies over Freedman's grooves. Then Lionel Loueke applied a coat of playful and brilliant guitar with vocals. Finally, those bus trips through the Sahel prepared Freedman for completing his task. "The recording process itself was chaotic," Freedman says. "People were coming and going all day long. I had different percussionists and singers coming in and out. 'This guy's gotta leave at that time.' 'Can we get a take?' But people were really generous with their talent and their time."

Freedman brought some of the musicians from Bamako By Bus together for a WBGO studio session. It was a small miracle that this happened at all. Get on the bus! 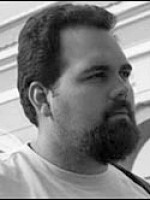