We are going to rip the lid off the pork panic at NPR's business news.

INSKEEP: This called for serious investigation. A group of British pork producers sent fear into the hearts of bacon lovers worldwide by predicting an impending pork shortage. They say drought will make pork too expensive to produce, so farmers will sell off their herds.

But Boise State Public Radio's Scott Graf reports that here in the United States, experts say the notion of a bacon shortage is hogwash.

SCOTT GRAF, BYLINE: Here's some of the menu items you can get with bacon at a Boise restaurant owned by John Berryhill.

GRAF: The place is called "Bacon", and Berryhill says you can get the meat on anything on the menu. The chef says his restaurant will cook over a quarter of a million slices this year. So if anyone is should panic over a pork shortage, it's this guy.

BERRYHILL: I'm not worried with this.

STEVE MEYER: It all depends on your interpretation of the word shortage.

GRAF: But, Meyer says, because of lower availability, the price of pork will go up between six and 10 percent next year.

Some farmers will shrink their herds because they just can't afford higher feed costs. And fewer hogs means less bacon.

Meyer's advice for anyone who buys bacon: stock up now. 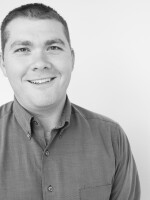