Something special is happening in Atlanta basketball. The Hawks are having a phenomenal season. This comes after years of lackluster local support and a preseason PR nightmare. Michell Eloy of member station WABE explains.

MICHELL ELOY, BYLINE: Flashback to right before the season started - the Hawks were in crisis mode. Majority owner Bruce Levenson was out after he wrote an e-mail saying black fans were scaring away white fans. And then general manager Danny Ferry took a leave of absence after racist remarks he made during a scouting call. But last night, none of that seemed to matter.

UNIDENTIFIED ANNOUNCER: Do you believe?

ELOY: Fans went wild when the hometown team took the court against the Brooklyn Nets. The Hawks have won 17 games in a row and have the most wins in the NBA this year. That success has captured the attention of the city's historically flighty fans. The game against the Nets was sold out and so are Friday and Saturday's games. Last year the team only had four sellouts, but this season, it's at 11 and counting. Hawks CEO Steve Koonin says many of these people are new fans, and that's a challenge.

STEVE KOONIN: We have to turn this into something that becomes part of people's life and lifestyle and that it's not a bandwagon win streak. And those things - those are what keep me up at night.

ELOY: To do that, Koonin is trying to take Levenson's words about black fans scaring away white fans and show that it's not true.

KOONIN: Look at the audience, and it's not 50-year-old guys. It's young, it's female, it's male, it's Hispanic, it's Latina, it's African-American, it's Asian. And it's a great melting pot of young people.

ELOY: Koonin says back in the 1980s when the team was doing well, Hawks games weren't just about the game. It was a social event. To re-create that atmosphere, the Hawks dropped ticket prices at the start of the season to $15 for some seats. The team also hired a chief diversity officer to help rebuild from the preseason fallout. Koonin brought in Disney Enterprises to train everyone from the hotdog stand attendants to executives on hospitality. And fans have noticed. Maggie Tyler says she's never seen the basketball arena so packed.

MAGGIE TYLER: Now it's like people will claw your eyes out if you're in their seat.

ELOY: But she's concerned that the excitement and enthusiasm are more about the team's success, and she wonders if that will translate to long-term support.

TYLER: I mean, we'd like to think that that's the case, but, you know, we'll just have to see. It's only like halfway through the season.

ELOY: Another question is what happens to the team? The Atlanta Hawks are for sale. But right now, fans don't seem to care too much about that. They just want to keep winning. For NPR News, I'm Michell Eloy in Atlanta. Transcript provided by NPR, Copyright NPR. 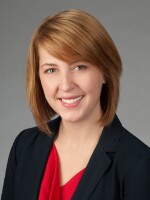 Michell Eloy
Michell (yes, no ‘e’) covers health and health care policy for WABE, with an emphasis on investigative reporting. She’s also a member of NPR and Kaiser Health News' team of reporters covering health care in the states. Prior to covering health, Michell worked as a general assignment reporter for WABE, covering state and local politics, education issues, courts and everything in between.
See stories by Michell Eloy
Latest Stories