New Orleans has always been a high-crime city. Many people of had enough, and they're getting creative. There's a new crime-fighting app. And tomorrow, there will be a vote on a proposed tax to pay for police patrols in the French Quarter. Reporter Jesse Hardman sent us this story.

JESSE HARDMAN, BYLINE: On a warm, autumn night, a crown of a hundred people congregates at a park in New Orleans' St. Roch neighborhood. There's a barbecue and a high school marching band - pretty standard fare for this lively city. But the mayor, police superintendent and other top officials shuffle their leather shoes across the baseball outfield. City councilmember Jason Williams steps up to a PA system.

JASON WILLIAMS: We are not going to lose this war.

HARDMAN: By war, he meets the city's attempt to deal with what some residents feel is an all-out criminal assault on New Orleans.

HARDMAN: Crime is actually down in New Orleans, but murders are up in 2015. And in the past few months, entire restaurants in an upscale neighborhood were held up. The New Orleans Police Department still has an officer-shortage. And after a number of high-profile robberies and a shooting in the French Quarter in the past year, state police were brought in to patrol Bourbon Street.

STEPHEN PERRY: They are not liked by criminals (laughter). I mean, they truly have a deterrent effect because these guys will run you down.

HARDMAN: Stephen Perry is CEO of the New Orleans Convention and Visitors Bureau. Last spring, the agency spent $2.5 million to make state police a regular presence in the French Quarter. Perry says crime declined 40 percent as a result. He backs a vote for a French Quarter sales tax to pay for continued state police presence in the next five years.

PERRY: I think this is an interesting model to look at for how private sector and how residents, you know, look at coming together to enhance our police resources.

HARDMAN: Mia Matassa runs the cash register at her family's century-old grocery store in the French Quarter. Matassa, who lives nearby, says, a year ago, she didn't feel safe.

MIA MATASSA: People were being mugged at 4 o'clock in the afternoon.

HARDMAN: So she decided to give a new crime-fighting technology a try. She downloaded the French Quarter Task Force app, which connects to a trio of off-duty New Orleans police officers cruising the area on ATVs.

MATASSA: I know within a few minutes, one of them is going to drive past.

HARDMAN: The man behind the app is local businessman Sidney Torres. After a break-in at his French Quarter home a year ago, he decided to get involved in crime fighting. He spent a half-a-million dollars to create his own police force, which he's turned back over to the city to run.

SIDNEY TORRES: It's very rare that a private citizen hires a detail to protect the citizens of a city.

HARDMAN: But in New Orleans, rare approaches might be what it takes to with an all-too-common problem. For NPR News, I'm Jesse Hardman in New Orleans. Transcript provided by NPR, Copyright NPR. 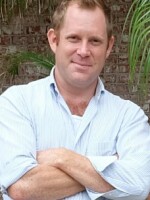 Jesse Hardman
As the new Coastal Reporter, Jesse Hardman will draw on 15 years of worldwide experience in radio, video and print journalism. As a radio reporter he has reported for NPR, BBC, and CBC, and for such familiar programs as Marketplace, This American Life, Latino USA, and Living on Earth. He served as a daily news reporter and news magazine producer for WBEZ in Chicago.
See stories by Jesse Hardman
Latest Stories