Gerry Vaillancourt, a sports radio host in the Queen City since the late 1980s, died Sunday, his daughters announced.

Vaillancourt's career was closely tied to the Charlotte Hornets. When the team moved to New Orleans in the early 2000s, Vaillancourt, known as "Gerry V," followed.

After more than a decade, he returned to Charlotte in 2017 to host a radio show on ESPN 730. Barrett Sports Media reported at the time that the move would also put him closer to his daughter and grandchildren.

His contract with ESPN ended on Jan. 17, 2020, and he announced his departure on social media.

The Hornets issued a statement Sunday on his passing:

“The Hornets are saddened to learn of the passing of Gerry Vaillancourt. Gerry V was a mainstay on our TV and radio broadcasts from 1990-2002, serving in roles including radio analyst, TV analyst, and TV studio host. He also hosted sports talk radio shows on several local stations throughout that time and returned to the Charlotte airwaves in that same format in 2017. His analysis and opinions will be greatly missed, and our condolences go out to his family, friends, and colleagues.”

“I think the entire world knows what a joy he was and how his zest and love for life was infectious,” Shannon told The Charlotte Observer. “His smile and wit was contagious and his time was far too short.” 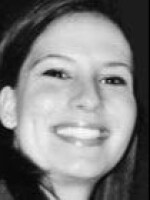 Robin A. Webb
Robin A. Webb has worked in digital news and news editing at the South Florida Sun Sentinel, The Palm Beach Post, USA TODAY, The Washington Post and more.
See stories by Robin A. Webb
Latest Stories