Drawn By Twitter And Trained In Syria, Terrorists Could Turn West

In Syria, some 1,500 groups make up the insurgency. Among them, according to U.S. intelligence officials, are 7,500 foreign fighters from more than 50 countries. They include al-Qaida veterans from Afghanistan and Pakistan and they may be taking aim beyond Syria.

JAMES CLAPPER: And they do harbor designs on attacks in Europe and the homeland.

BLOCK: That was James Clapper, the head of all U.S. intelligence agencies testifying before Congress earlier this month. But how exactly do terrorist fighting in Syria pose a threat to the U.S. homeland? Here's NPR national security editor Bruce Auster.

BRUCE AUSTER, BYLINE: The challenge for the intelligence chief in Syria starts with recruitment. Twitter is changing terrorism. A dozen years ago, it took time and money to recruit someone to terror. Not anymore.

BRUCE HOFFMAN: Now what we see is that individual foreign fighters, individual jihadis who are flocking to Syria have their own Twitter sites.

HOFFMAN: These same individuals almost in real time, literally, are uploading photographs as well of exactly what they're doing or where they're fighting or how they're surviving or the kind of time their having and it becomes, I think, almost intoxicating.

AUSTER: And these fighters have followers on Twitter. Hoffman says sometimes thousands of followers. So where once it was costly and time-consuming to recruit someone to terror, photos had to be taken, literature produced and circulated, now it's fast, visual and digital. That helps explain why those thousands of foreign fighters are turning up in Syria and what they find when they get there is an infrastructure built by a network of al-Qaida veterans to train terrorists. For people who follow these things, Syria reminds them of a place extremists were drawn to a generation ago.

AUSTER: Adam Schiff is a Democrat from California. He's a member of the Intelligence Committee in the House so he tracks reports on the intersection between Syria and terrorism.

SCHIFF: Foreign fighters have been attracted to come. They're learning new skills and bomb-making and coordinated terrorist attacks. They're becoming further radicalized and they're being trained to go back to their countries of origin.

AUSTER: Go back to their home countries, that's the big concern because, on top of everything else, Syria is relatively easy to get to and get out of. It's practically next door to Southern Europe.

HOFFMAN: Cross the border into Turkey and then, you know, just head west.

HOFFMAN: They could literally just pile into a car and drive to wherever they want in Europe and have the training and the wherewithal and the weapons and the skills to do so.

AUSTER: And they also have the travel documents and the ability to blend in and the worry is the ability to set off a bomb. How real that threat is is anyone's guess, but that's the scenario and it's why the Obama administration is warning that what's happening in Syria could threaten Europe and even the U.S. since there are also Americans joining the fight in Syria. Bruce Auster, NPR News, Washington. Transcript provided by NPR, Copyright NPR. 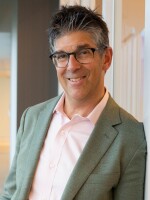