Forty years ago, the founders of Seattle's Intiman Theater envisioned a company devoted to Western classics: Shakespeare, Chekhov, Ibsen and the like. But over the decades, Intiman also earned national recognition as an incubator of new work.

In 1991, it premiered The Kentucky Cycle, which went on to win a Pulitzer Prize. A decade later, it produced the first workshops of the Tony Award-winning musical The Light in the Piazza.

Early last year, the company abruptly shut down after revealing it owed more than $1 million to its creditors. Now, after months of downsizing and fundraising, the Intiman is set to reopen. But instead of a traditional season of plays, the theater is offering an eight-week summer festival — a new model launched in an effort to stay alive.

When the Intiman was honored with the Regional Theater Tony Award in 2006, the company was at the top of the mountain artistically.

But though it might have put quality work onstage, behind the scenes the theater was on the verge of collapse. By 2010, the Intiman owed hundreds of thousands of dollars in back rent, plus about $1 million in other debts.

No one at the Intiman wants to assign blame for the problems, but some observers say the theater company's artistic ambitions overreached its budget. Others believe the Intiman's problems stemmed from fiscal mismanagement.

Whatever the reason, an outside consultant advised the company to shut down midseason. The Intiman gave up the lease to its building, laid off its staff and arranged with other Seattle theater companies to honor its tickets.

"Everyone was always teetering on the brink," says Bartlett Sher, the Intiman's artistic director in 2006.

"The endless amounts of crises we went through at Intiman ... but you always knew you just had to make sure you could make it happen, no matter what different things you had — you were trying to juggle."

Board President Terry Jones says that after the theater closed, the plan was always to reopen the Intiman at some point. It just needed to find a cheaper way to operate.

"We were producing for nine months out of the year and having to sustain 12 months of operations, and it was a much bigger budget," Jones says. "So, if you were going to shrink down and try to get lean and mean, what could you do?"

Jones and her fellow board members solicited ideas from dozens of Seattle theater artists. The summer festival proposal was the most intriguing, especially because it would cost just a fifth of the Intiman's budget for its last full season.

The festival will include classic plays and new work, all performed by an ensemble of 12 actors and five interns.

Henrik Ibsen's Hedda Gabler is one of the classics, starring Marya Sea Kaminski in the title role. Kaminski is also cast in the festival production of Shakespeare's Romeo and Juliet,as well as the premiere of a drag version of The Miracle Worker, created by writer and gay activist Dan Savage.

The plays will be performed on a rotating schedule, so Kaminski and the other actors will give a different performance every night.

"What keeps coming to mind is that Walt Whitman quote: 'I contain multitudes,' " Kaminski says. "Because I contain so much text right now, and it literally feels like a computer program. Like I flip through files, and I'm like oh, the Hedda Gabler file, and I bring it up and there it is."

But Kaminski says she likes a challenge, so she took the job for less than she might earn at another theater.

Jones says the Intiman has negotiated with the unions to make the festival affordable.

"We've had a lot of people who have been very gracious to us," she says, "including Actor's Equity and a whole number of folks who have said, 'We want to make this happen for Intiman.' "

That's partly because Seattle's tight-knit theater community depends on the city's five big Equity houses to generate enough work to keep a critical mass of actors, directors and stage crews employed. All of those theaters have had to cut their budgets in the past five years as the economy tanked, and sales and donors dwindled.

Meanwhile, the Intiman still owes more than a half-million dollars to its creditors. And the summer festival isn't likely to generate enough to pay that down.

In fact, ticket sales seldom cover the cost of mounting plays. Kevin Maifeld managed regional theaters for more than 25 years, and now directs an arts-management program at Seattle University. He says the Intiman is taking a risk by putting all its hopes on this short summer festival.

"Producing theater is always a risk," he says. "If any of us could predict what would be a huge hit and sell out, we would all make a ton of money. But the reality of this art form is you never know that."

Jones says at this point she has no choice but to be optimistic.

"We don't know how this book will end," she says, "but I hope we haven't written the last chapter." 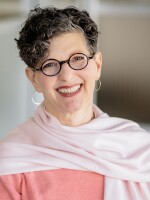