Showtime's critically acclaimed series Homeland starts its third season next week; the spies and terrorists who weave its tangled storyline will be back roaming the halls of CIA headquarters and the streets of D.C.

Or so you'll think. But Homeland is actually filmed in Charlotte, N.C. And it's all because of money.

About 40 states offer some sort of incentive to lure Hollywood productions to their precincts. But some have begun to wonder if they're getting their money's worth.

Homeland's version of the CIA operates out of a boring, unmarked warehouse in an industrial section of Charlotte. The show has been filming in the Queen City off and on for about 2 1/2 years; the area's parks and stately neighborhoods double well for D.C. and its suburbs. But Michael Klick, who heads the production, says that if it weren't for the filming incentives, " Homeland would be somewhere else."

Every dollar Homeland spends filming in N.C. — paying crew, renting equipment, buying props, all of it — qualifies for a 25 percent credit from the state. That's standard among the dozens of states with film incentives. North Carolina's used to be just 15 percent, but so many productions went to other states that Tar Heel lawmakers upped the offer. And it paid off.

Iron Man 3 became the first film to qualify for North Carolina's maximum film incentive — $20 million. Last year, productions including Iron Man 3, The Hunger Games and Homeland claimed a total of $69 million in state credits. That's 7 1/2 times more than the state paid in 2010 — before it sweetened the incentives package.

Wells Fargo senior economist Mark Vitner says there's no argument that big productions dump loads of cash into communities where they film. But — and this is key — the incentives checks are written by state governments ,often from their general funds .

"It really puts us on a — sort of like the little hamster on the little spinning wheel; it doesn't get us anywhere," Vitner says.

In a number of states, including North Carolina, film companies get far more money from the state's coffers than they actually pay in sales and payroll taxes.

"It doesn't improve our labor force," Vitner adds. "It doesn't provide us with any fixed assets that are going to improve our competitiveness. ... The only thing that keeps bringing folks here is our willingness to continue to, to give them money."

Studies by think tanks across the political spectrum say states could get more bang for their buck with a general tax cut. And lawmakers in many states are taking note. Arizona has ended its film incentives. Iowa, Connecticut and Idaho have suspended funding for theirs. North Carolina's package expires at the end of next year, and that already has Hollywood studios threatening to move out.

"We're very much gypsies," Klick acknowledges. "It's very much the circus comes to town. We put up tents, we do what we do, and when the season is over or the show is over, we go away."

Earlier this year, film advocates carted skeptical North Carolina lawmakers to the Homeland set to meet a few of the 4,000 people statewide who work full time in film, as prop makers, carpenters, camera operators and so on. They put in 15-hour days, earning at least $20 an hour for months on end. Local companies get a boost from filming, too.

If North Carolina's film incentives dry up, that business could go to a lumberyard in some other state. Lawmakers are loath to face the prospect of losing thousands of film jobs while North Carolina's unemployment rate remains well above the nation's.

On the other hand, cutting big checks to profitable movie studios in a time of tight state budgets can be tough to swallow — leaving policymakers to struggle with how to find their own Hollywood happy ending. 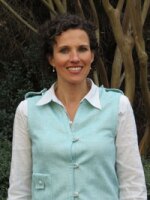 Julie Rose
Julie Rose is a freelance reporter based in Provo, Utah. Before returning to her native Utah in 2013, Julie spent nearly six years reporting for NPR member station WFAE in Charlotte, NC. There, she covered everything from political scandal and bank bailouts to homelessness and the arts. She's a two-time winner of a national Edward R. Murrow Award for radio writing. Prior to WFAE, Julie reported for KCPW in Salt Lake City where she got her start in radio. Before that, she was a nonprofit fundraiser and a public relations manager in the San Francisco Bay Area. It took a few career changes, but Julie finally found her calling in public radio reporting because she gets paid to do what she does best – be nosy. She's a graduate of the communications program at Brigham Young University and has been a frequent contributor to NPR programs.
Latest Stories