The City of Wilmington has removed two monuments from the downtown area.

In an email on Thursday, June 25th, a city spokesperson describes the move as “temporary” and in accordance with North Carolina law.

The city says that while members of the community have expressed a desire to see these monuments moved for many years, recent protests and controversy over these monuments has grown to a point that the monuments, in their original locations, were a threat to public safety.

The city says that a state of emergency has been in effect for several weeks in response to the protests in the wake of the killing George Floyd and that a curfew had been in place since last Saturday in the immediate vicinity of the two monuments.

North Carolina law requires state approval for any monument of remembrance to be permanently moved but allows an exception for temporary removal in the interest of public safety. 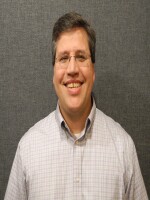