On Wednesday, President Biden signed bipartisan legislation that expands benefits for veterans exposed to burn pits and other toxic substances during military service.

It will also provide compensation and healthcare to people exposed to water contamination at Camp Lejeune in eastern North Carolina.

The new legislation, called the PACT Act, applies to anyone who lived or worked at Marine Corps Base Camp Lejeune between 1953 and 1987.

It allows those who experienced serious illness, miscarriage or birth defects to be eligible for disability payments, health care and compensation. Up to half a million people may have been exposed to contaminated drinking water at the base over that 30-plus-year period.

The carcinogens came from an off-base dry-cleaning company and solvents, used to clean military equipment, that were disposed of near base wells for years. The contaminants included benzene and PCE, per-chloro-ethyl.

Test results identified the contaminants in the early 1980s but Marine officials were reportedly slow to act to clean them up. Those affected can file a claim under the Camp Lejeune Justice Act. 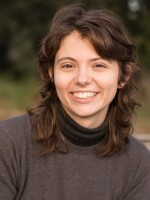