The World Series starts tonight with the Kansas City Royals playing the New York Mets. Neither team has won a World Series in nearly 30 years, and each team struggles with a divided fan base. While the Mets compete for fans with the crosstown Yankees, the Royals have fans on both sides of a state line. We begin with Jeremy Bernfeld of member station KCUR talking to Royals fans about that division.

JEREMY BERNFELD, BYLINE: Do you mind if I take a look at - will you show me what's going on in here? Pork tenderloin - looks good.

BERNFELD: When you tailgate at Kauffman Stadium, home of the Kansas City Royals, you're tailgating in Missouri. And Denise Witherow doesn't want you to forget it. The Royals, she says, belong to Missouri.

DENISE WITHEROW: Absolutely, Kansas City, Mo., (laughter). People need to study geography, look at a map every once in a while or go back to third grade where you learned it. We are Kansas City, Mo.

BERNFELD: You know by now that Kansans and Missourians have their differences, from history to politics to bitter college sports rivalries. Around here, you absolutely know which side of the border you're from. But the stadium can be neutral ground, at least if you're wearing royal blue.

JASON MCMAHON: I think they're a regional team.

BERNFELD: That's Jason McMahon, a generous guy from the Missouri side.

MCMAHON: They span a fairly large area to the west of St. Louis. And so anybody that'll root for them over the Cardinals is a friend of mine.

BERNFELD: The metro area here is home to more than two million people living on both sides of the state line. People here wake up in one state, each lunch in another and don't blink an eye

BERNFELD: And they definitely come together over baseball, like when the Royals beat the Toronto Blue Jays last Friday.

This is the sound of 40,000 people from Kansas and Missouri agreeing with one another. The Royals are headed to the World Series.

Sometimes you could barely give away tickets to the Royals no matter what state you were from. That's something the Royals have in common with their World Series foe, the New York Mets, as NPR's Hansi Lo Wang reports. Transcript provided by NPR, Copyright NPR. 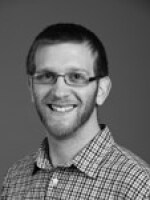 Jeremy Bernfeld
Jeremy Bernfeld is Harvest Public Media’s multimedia editor and is based at KCUR. New to the Midwest, Jeremy joined Harvest in 2011 from Boston where he helped build wbur.org, named the best news website in the country by the Radio Television Digital News Association. He has covered blizzards and tornadoes and the natural disaster that was the Red Sox’ 2011 season. A proud graduate of Bowdoin College in Brunswick, Maine, Jeremy’s work has appeared in the Boston Globe, the (Falmouth, Maine) Forecaster and on NPR’s Only A Game.
Latest Stories