Journalists with the Charlotte Observer form a union, continuing a trend among Carolina newspapers

Journalists at Charlotte's 136-year-old newspaper are unionizing as the Charlotte Observer News Guild. The announcement came via Twitter from @observerguild.

The Guild outlined goals in its mission statement including equitable pay, transparency and a guarantee of opportunities for future journalists.

"We believe that all Observer staff deserve a seat at the table. We strongly believe worker involvement is crucial to solving the issues our newsroom faces," the statement reads.

Observer business reporter and Guild member Hannah Smoot wants the paper to remain a place where she can grow in her career.

The Observer News Guild is organizing as a unit of the Washington-Baltimore News Guild, which includes papers such as The Washington Post and the Baltimore Sun, is part of the Communication Workers of America, a 700,000 member organization according to its website.

Starting the efforts in the coronavirus pandemic also led the staff of the Observer to make connections in a time that made it challenging.

"We don't have an office right now," Smoot said. "We're all working from home, so it's been a nice way to get coworkers together."

The Observer journalists are not the first in the Carolinas to launch union efforts or even the first newsroom within parent company McClatchy to do so. In Sept. 2020, journalists at the Island Packet and Beaufort Gazette in Hilton Head Island, South Carolina, announced their intent to unionize. In March 2021, their colleagues at The State in Columbia, South Carolina, followed suit.

In both of those instances, president and editor of McClatchy's South Carolina newsrooms Brian Tolley signaled the company would voluntarily recognize the union efforts.

"This pathway allows us to accelerate the process of starting negotiations. We commend our reporters for their passion and commitment to the mission of local journalism," Tolley said in a Twitter thread.

Smoot said this response and other examples of of voluntary recognition within McClatchy papers made it easier for them to take the step of going public with their efforts.

She also wants people to continue supporting and holding the Observer accountable.

"I think that local news is such an important part of every community and I think that having a strong unionized newsroom is part of what makes that possible," Smoot said. 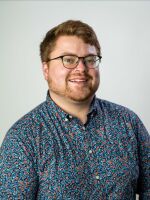 Matt Rasnic
Matt joined WFAE in 2021. Prior to coming to Charlotte, Matt worked at The Post and Courier in Charleston, South Carolina, as a digital producer and audio editor. He also previously worked in public radio at NPR member station WFIU in Indiana. Matt has degrees in journalism and human-centered computing from Indiana University.
See stories by Matt Rasnic
Latest Stories