Adventures Ripped From The Headlines: Questions For Alex Berenson

This week sees the publication ofThe Counterfeit Agent, the 8th book in author Alex Berenson's thriller series featuring former military man and CIA recruit John Wells. Wells can kill with his bare hands, he likes to exorcise his demons in the dead of night, at breakneck speed on the back of a motorcycle — and by the way, he's converted to Islam (a plot point TV viewers are seeing on Homeland years after Berenson featured it). Even after leaving the CIA, Wells never really leaves his job. He becomes a rogue operator for his country, traveling the globe to stop a bomb plot in New York's Times Square, avenge a suicide bombing against Americans in Afghanistan, and face down a group of Somali bandits.

Whatever real-world geopolitical threat you're following, chances are the fictional John Wells has already handled it in his ripped-from-the-headlines adventures. In The Counterfeit Agent, he's dealing with an escalating threat of nuclear war with Iran — and a shadowy non-state agent who's fueling the tension.

In an email interview, Berenson told me that Wells' conversion to Islam developed organically out of a deep cover assignment among the jihadis of Afghanistan and Pakistan. "Wells is not a particularly religious man, but I felt that he would need to believe in something, to join the umma,the Muslim brotherhood, or else go mad from loneliness. Then, when he returns home, the CIA mistrusts him because of his conversion, which becomes a sort of shorthand for his profound alienation from American society, its consumerism and materialism. Ultimately, Wells is loyal to the United States. But he never quite loses that alienation, and his continuing engagement with Islam is one way he keeps himself apart."

The worlds that John Wells inhabits are the shadow, clandestine intelligence worlds. Now that you are a full time fiction writer, what is your process for research?

I'll talk to whoever will talk to me – former CIA case officers, soldiers, State Department and NGO types. When I've decided the broad outlines of what Wells will face in his next adventure, I'll read as everything I can and visit the countries where he's headed. Over the years, I've spent time in Saudi Arabia, the Bekaa Valley, Afghanistan, Jordan, and Kenya, among other vacation hotspots. I think it's time get Wells to Rome and Bali.

The Counterfeit Agentreferences NSA spying, Edward Snowden, the new Iranian President Rouhani, how do you keep up? When you look at the news every day, do you think "hold on, reality has overtaken what I could dream up as fiction?"

Sometimes. For example, I knew the NSA had grown very aggressive in the last decade – Wells regularly relies on their capabilities in earlier books – but even so I was surprised by the scope of Snowden's disclosures. As for The Counterfeit Agent, I'm going to be fascinated to see whether the United States and Iran can reach a permanent deal to stop Iran's nuclear weapons program. I have my doubts – nuclear weapons are such a powerful strategic advantage that I don't know why the Iranians would give up trying to get them.

What is it do you think you can say about the truths of the world of espionage and spying in fiction that you couldn't as a reporter for The New York Times?

That the victories are ephemeral. That the men and women on the front lines of both spying and soldiering pay a high, high price. And I'm not just talking about the ones who are hurt or killed. 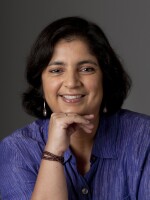