Strong and steady protests against Iran regime continue in Charlotte

For nearly four months, Charlotte’s Romare Bearden Park has been the site of recurring demonstrations by people concerned about the regime in Iran. The protests started after Mahsa Amini died in Iranian police custody. The country’s morality police said she was detained for wearing her headscarf improperly.

The protests in Charlotte have continued as more human rights abuses have emerged from Iran. On Sunday, about 150 people marched the square around the park several times, chanting and carrying posters that read “Women, Life, Freedom” and “Stop Executions in Iran!” Most are Iranian Americans, like Shahram Mazhari.

He’s a professor at York Technical College in South Carolina, and the organizer of this protest. He says it’s important to stand in solidarity for human rights in Iran.

“Personally, it angered me when it first started with the killing of Mahsa Amini,” Mazhari said. “Then I decided to channel my anger and dismay of the Islamic Republic to something positive and to do something that matters.”

As a nonprofit newsroom, WFAE relies on readers like you to make stories like this possible. Our local reporting is vital to the health of our communities and our democracy, but we can’t do this without you. Please consider supporting our journalism by contributing as little as $10 today.

Mahsa Amini, also known by her Kurdish name, Jina, was detained by the morality police on September 13 and died three days later in police custody.

She suffered “multiple blows to the head,” according to London-based broadcaster Iran International.

Her death has sparked outrage across the globe, but in Iran demonstrators have faced consequences. The Associated Press reports more than 19,000 people have been arrested, and more than 500 protesters have been killed in Iran.

Within the past 14 weeks, Mazhari said he’s helped organize 16 protests in Charlotte.

Last Sunday’s demonstration also coincided with the three-year anniversary of the downing of Ukraine International Airlines flight 752 (PS752) by the Islamic Republic, where two missiles struck the aircraft, killing 176 passengers.

As many Iranians across the diaspora continue to demonstrate, Mazhari hopes people in the Charlotte area amplify the voices of people in Iran. The goal is to push the American government to put pressure on the theocratic regime.

“They can do a lot for us. They can be the voices of the voiceless as I’ve said before, and they can talk to the politicians to push the politicians in a direction to make the Iranian government stop killing its own people,” Mazhari said.

Mehnoosh Askari, an executive at Wells Fargo who attended the protest, recently traveled to Iran for the first time in 17 years to visit her father. She described the extreme measures by Iranian authorities to crack down on anti-government sentiment upon arriving.

“They actually questioned me for one hour,” Askari said. “They took away my passport and said ‘go get your luggage and come back to the office, we need to fill out some documents.’”

She said after filling out three to four pages of documents, officials proceeded to verbally question her.

“They asked me of the details of a lot of things that were personal,” Askari said. “Of course, you know that I had no other choice. It is not like in the U.S., where you have freedom of speech."

“You just have to answer every question they ask, and after that they let me go, and of course, I answered whatever they want to hear (so they could) just let me go and release me,” she said.

For safety reasons, she said she purchased a new phone with a different number before flying to Iran.

She did not report it upon arrival.

“I could not have Internet with the phone I had with me because you have to go report it and have a special program in it to be able to have a connection while you are there.”

Though the Iranian government continues to crack down on protesters, Askari said the young people in Iran continue to show courage, and that’s energized her.

“They are not afraid to die,” Askari said. “Even though these young people know what would be the consequences, they are still going out. They still want to have freedom, not only for themselves but for the future generation.”

A protest is not scheduled for this weekend, but she’s confident there will be more. Meanwhile, leaders of the protests are coordinating letter-writing campaigns to encourage North and South Carolina senators to support the people protesting in Iran. 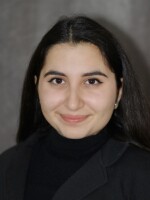