Charlotte FC announced the retirement of club captain Christian Fuchs from his professional career on Thursday.

Fuchs, who plays defender, has a career that spans over 19 seasons, seven professional teams and four different countries.

“Christian is leaving behind an incredible legacy both on and off the field, and his impressive 19-year career speaks for itself,” said Charlotte FC Sporting Director Zoran Krneta in a press release Thursday.

Congrats on an incredible career, @FuchsOfficial. Thank you for everything 💙 pic.twitter.com/Exd2QM5Udh

His soccer career began in Austria, where he's played for youth teams since he was 11 before debuting for Wiener Neustädter SC at 15 years old. Fuchs left his home country for Germany at 22 years old, where he played for VFL Bochum for two seasons and was on loan with FSV Mainz 05 for one.

In 2011, he made a permanent move to German team FC Schalke 04, where he played for over four seasons. He finished with 136 appearances, eight goals, 30 assists and a German Super Cup title.

After Schalke, Fuchs came to England to play for Leicester City for six seasons. In his first year, Leicester won the 2015-16 Premier League, overcoming 5000-1 odds. He finished with a total of 152 appearances, three goals, 13 assists and the 2021 FA Cup.

The 36-year-old captained Austria in the UEFA European Football Championship 2016. Fuchs played all 10 qualification games and Austria advanced to the knockout phase for the first time in its history.

He joined Charlotte FC in June 2021 as the club’s fifth-ever signing. Throughout the club’s inaugural 2022 campaign, he made 27 appearances and scored three goals.

In total, he ends his career with 577 total professional club appearances, scoring 37 goals and adding 83 assists.

“I am so thankful for all the support I received during my career from club representatives, my teammates, and the fans,” Fuch said in a press release. “I am looking back with a big smile on the special moments I will cherish for the rest of my life.”

According to the club, Fuchs will remain in Charlotte with an expanded role, which will be announced soon.

As a nonprofit newsroom, WFAE relies on readers like you to make stories like this possible. Our local reporting is vital to the health of our communities and our democracy, but we can’t do this without you. Please consider supporting our journalism by contributing as little as $10 today. 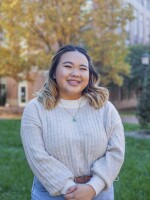