Dr. Ophelia Garmon-Brown, a Charlotte physician, minister and author, has died, according to a notice posted on the Novant Health site Wednesday. She had battled brain and kidney cancer.

Garmon-Brown touched countless people with her work and was a celebrated community leader, having served on the Leading on Opportunity Task Force and Council.

"Our city has lost a true champion for the underserved and a woman who valued the contributions of all people. Ophelia will be missed," Mayor Vi Lyles tweeted.

Our city has lost a true champion for the underserved and a woman who valued the contributions of all people. Ophelia will be missed. https://t.co/skVqHq5mV2

The Leading on Opportunity Council released a statement about Garmon-Brown's death that read in part: "Dr. O. dedicated her final years to challenging the hearts and minds of the city’s most powerful government, corporate and non-profit leaders to work together to confront the policies and inequities that allowed some Charlotte neighborhoods to flourish while others faltered. And she did it all while battling another resurgence of cancer."

"We remain committed to Dr. O.’s original vision for every child to have an equal chance to achieve social and economic success," it continued.

Last year, Garmon-Brown was named the 2020 Citizen of the Carolinas by the Charlotte Regional Business Alliance.

Alliance Board Chairman Jennifer Weber said in a statement at the time: “Dr. Garmon-Brown’s work is lifting up people in our region and making our broader community better. We are in awe of and grateful for her dedication to the health and economic success of all our neighbors.”

“When I see someone who has a need, there is something inside me that says, I have to give back,” Garmon-Brown said in a video tribute for her recognition as a Golden Pillar Award recipient from the Junior Achievement of Central Carolinas in 2017.

And give back, she has.

Garmon-Brown co-founded the Charlotte Community Health Clinic, which serves poor and uninsured people. She volunteered at the Charlotte Pregnancy Center. She also traveled as a medical missionary in places such as Uganda, South Africa and Jamaica.

She co-authored the 2020 book “The Unexpected Gift: Profiles in Courage from Cancer Survivorship,” hoping her story and the story of others could help other people. Referring to the book’s title she once explained, “Cancer itself is not a gift, but how you deal with it can turn it into one.”

Garmon-Brown received her medical degree in 1980 from the University of North Carolina at Chapel Hill. She did her residency at Carolinas Medical Center in Charlotte, where she was the hospital’s first African American female family medicine resident.

Garmon-Brown also graduated from the Union Theological Seminary and Presbyterian School of Christian Education in 2007 with a master’s in divinity. She was a member of St. Luke Missionary Baptist Church.

Garmon-Brown is survived by her two children and grandchildren. 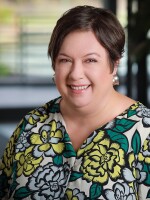