Former FBI Director James Comey told the Senate Intelligence Committee Thursday morning that he was "confused" and "increasingly concerned" about the "shifting explanations" President Trump gave for his firing just over a month ago.

"So it confused me when I saw on television the president saying he actually fired me because of the Russia investigation and learned again from the media that he was telling, privately, other parties that my firing had relieved 'great pressure' on the Russia investigation," Comey said, referring to reporting on Trump's conversation with Russian officials in the Oval Office the day after the dismissal.

"The administration then chose to defame me, and more importantly the FBI" Comey said, by claiming the agency was "poorly led."

"Those were lies, plain and simple," Comey bluntly told the committee.

He later said one of the reasons he began memorializing all of his conversations with Trump — which he had not done with President Obama — was because he "was honestly concerned he might lie about the nature of our meeting."

"I knew there might come a day when I might need a record of what happened not just to defend myself" but also the FBI, Comey added.

"My impression is something big is about to happen. I need to remember every word that is spoken," he said of the memos he wrote. 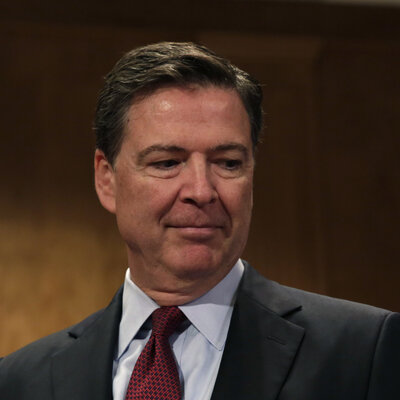 Comey's opening comments follow the release by the committee of his written testimony on Wednesday, which ticked off in rich detail the extent to which President Trump pressed him about the Russia investigation. Comey wrote that Trump did ask him for a "loyalty" pledge during a one-on-one dinner and later asked him to scuttle the agency's investigation into former national security adviser Michael Flynn. 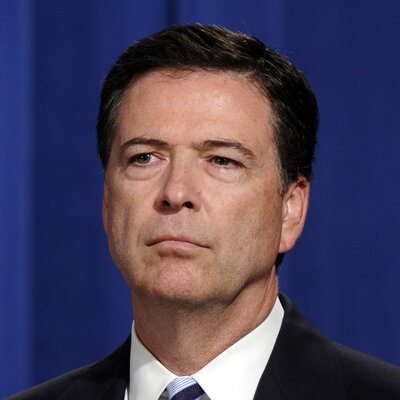 Ex-FBI Boss Comey Heads To The Senate: Can It Live Up To The Hype?

The president has denied both those accusations. But Comey's testimony so far has only confirmed the many bombshell reports over the past few weeks about the private conversations he had with Trump, many of them unprecedented and possibly inappropriate.

Comey told the committee he did see Trump's request for loyalty from him — an independent arbiter atop the FBI — as a sort of quid pro quo. 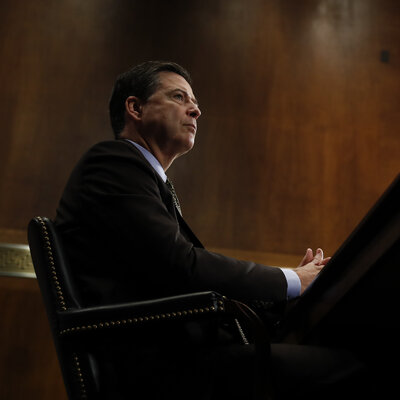 "My common sense told me what's going on here is he's looking to get something in exchange for granting my request to stay in the job," Comey said.

He also said that in a now-infamous photo just days after Trump's inauguration in which the president shook his hand and embraced him, Trump whispered in his ear, "'I really look forward to working with you.'"

On Trump's February 14 private conversation with Comey in the Oval Office — the day after Flynn was asked to resign for misleading Vice President Pence over his conversations with the Russian ambassador during the transition — Comey said that he believed the president was indeed directing him to scuttle the investigation into Flynn.

"I took it as a direction," which he didn't follow, Comey said. "I took it as, this is what he wants me to do." Comey also added that, at that time, Flynn was indeed in "legal jeopardy" over his ties and contacts with the Russians.

He noted that Attorney General Jeff Sessions tried to linger in on that meeting, and he said that it was his "sense" that Sessions "knew he shouldn't be leaving." According to Comey's written testimony, he later told Sessions he didn't want to be left alone with Trump again. Comey said during questioning that he was "stunned" by that conversation and the president asking everyone else to leave and later said it was a "significant fact" to him as a prosecutor that Trump wanted to speak with him alone.

Comey did testify that he didn't believe Trump was asking Comey to stop the broader Russia investigation being conducted by the Bureau, but that while his conversation with him was "disturbing," he didn't "think it's for me to say that the conversation I had with the president was an effort to obstruct."

Comey said he had indeed seen Trump's tweet last month suggesting that the president had "tapes" of their conversations — and that if those did exist, they would corroborate his testimony.

"Lordy, I hope there are tapes," he told senators.

And, Comey revealed, it was Trump's tweet about those alleged "tapes" that prompted him to call up a friend to leak the memos about his conversations with the president to the press last month in hopes it would lead to the appointment of a special counsel to oversee the Russia investigation.

Republicans have already seized on one section of Comey's written testimony as vindication. The former FBI director does detail in his written submission to the committee how he did tell Trump on three separate occasions that he was not himself under investigation — a surprising assertion Trump put in his termination letter to Comey.

Comey told the committee that deliberations with senior FBI leadership about whether or not to tell the president he was not personally under investigation beginning in January, before he was inaugurated, was not unanimous.

"One of the members of the leadership team had a view that although it was technically true, we did not have a counter-intelligence file case open on then-President-elect Trump, his concern was that because we're looking at the potential — again that's the subject of the investigation — coordination between the campaign and Russia, because it was President Trump — President-elect Trump's campaign, this person's view was inevitably his behavior, his conduct will fall within the scope of that work. And so he was reluctant to make the statement that I made. I disagreed," Comey said. "I thought it was fair to say what was literally true — there is not a counter-intelligence investigation of Mr. Trump — and I decided in the moment to say it given the nature of our conversation." 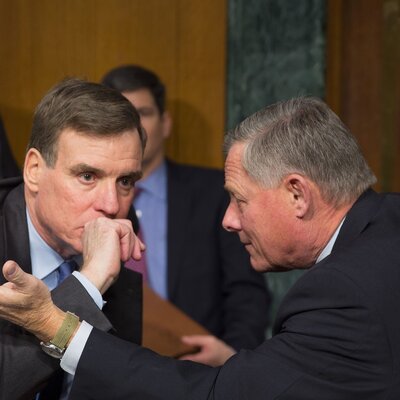 There Are Many Russia Investigations. What Are They All Doing?

He later confirmed that when he was let go on May 9, there was no counter-intelligence, nor criminal investigation, of Trump individually, and that the president was not personally under investigation. 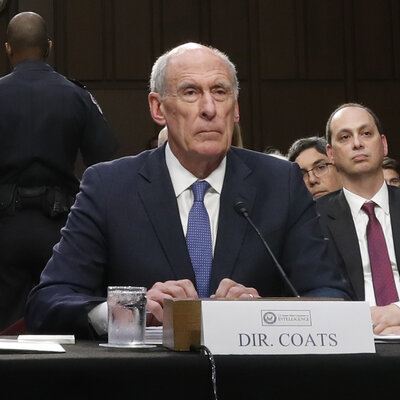 Comey was also pressed by Republicans on the committee, including Florida Sen. Marco Rubio, why he didn't alert White House officials or the White House Counsel's Office about what he believed were inappropriate conversations with Trump and a breach of protocol.

"I don't know," Comey responded to Rubio. "I think the circumstances were such that I was a bit stunned and didn't have the presence of mind."

It's unclear how the White House will respond to Comey's testimony, but it could come from the president himself in real-time tweets. President Trump is expected to watch the Comey hearing with his outside lawyer Marc Kasowitz and legal team, a person close to the legal team tells NPR's Mara Liasson.