Arts & Culture
Tapestry
These articles were excerpted from Tapestry, a weekly newsletter that examines the arts and entertainment world in Charlotte and North Carolina.

This weekend, Giddens returns home to North Carolina for a performance with the Charlotte Symphony. She spoke to WFAE’s Eric Teel.

Eric Teel: Rhiannon Giddens, thank you for joining me. And welcome home to North Carolina.

Rhiannon Giddens: Thank you. I always love coming back home.

Teel: You've got a foot in seemingly every corner of the music world these days. How do you keep track of all of the projects?

Giddens: I almost don't. I'll be honest with you. I have a wonderful team, who help keep me sort of focused and grounded. That is my nature of, like, as soon as I do one thing, oh ... and there's a new thing that I can learn to do, I'm going to go do that thing. But it's all around a central sort of mission, though. It's not ... I don't want to do a ballet just do a ballet. I want to do a ballet that's, really digging into the idea of complicating the narrative of culture. You know, of highlighting things that maybe people don't know. Or, you know, thinking about things in a different way. So, it's always with that in mind. So, what actually keeps me grounded more than anything, is that I'm always trying to tell that kind of story. It's just the way that I tell it changes.

Teel: Speaking of things people might not know. Many will know you from your work over the years with Carolina Chocolate Drops, or perhaps Our Native Daughters. But many might not know that you actually started out as a classically trained vocalist.

Giddens: Well, I kind of burned out on the opera. I was just not sure what I could offer it, you know — or what it was offering me. What was the point, really? I was just kind of having a hard time. And I went home to North Carolina and I discovered contra dancing in my local area in the Piedmont and Greensboro. And I started contra dancing and, kind of, realized a whole world that I hadn't really been a part of, you know? I'd heard, like, folk revival music, say with my parents, and my family, and stuff like that. But I'd never really known the roots world or people like ... There were live bands and people doing folk dances together and it's all wholesome entertainment. And I was like, What is this? Oh my God! And then I heard the old-time banjo, and I was hooked, you know? The sound of it drew me in, and then finding out the history of it, which is that it's an invention of Black people in the Caribbean, you know, hundreds of years ago. That … that really put the nail in the coffin, I suppose.

Teel: Have you always had plans to try and bring what you do back into the classical concert hall, or have you just followed opportunities as they've presented themselves?

Giddens: I kind of followed opportunities, and I've never abandoned the classical world, you know? I still listen to classical music. I would still, like, have a voice lesson. I got the opportunity to write an opera, and I’ve just always thought that opera was being held apart from people who would really enjoy it because of the idea that it's elitist and that it's, you know, it's only for rich people. Or, you know, only if you can, you know, read the libretto ahead of time, you know? Or study it or whatever. And I just kind of like … I don't think that's cool. I think it's a beautiful art form and it should be available to everybody. But we also need operas that are more representative of, you know, where we are today. How do we bring in sounds that are representative of what's happening right now? There's no ... there's no need to pander, and there's no need to underestimate people. But it's more, like, it's a building, a bridge to an art form that has become very boxed away, you know, from average culture. And I think that somebody like me is in a good position to, sort of, see where is that bridge? Because I have, sort of, a lot of those worlds, kind of within me, just because of what I do.

Teel: When you started down that path, did you find resistance to that kind of evolution or was it welcoming?

Giddens: Look, I've been very lucky. I feel like people have taken me on my own terms, you know? I don't wear shoes to my orchestra shows, either. I just kind of … I am who I am. I bring my banjo in. And because I do it the way that I do it, I think people … I'm not looking to be anything that I'm not. And people have always been really supportive of that. And the people who haven't, (they) never told me so. I'm sure there's been pushback, but I never heard it.

Teel: As you have talked about often, a lot of your work has focused on trying to elevate stories of people whose contributions to America or American musical history have been ignored, erased, a combination of both. Why is that so important to you?

Giddens: It's important because I mean, you see what people are doing with the narrative that has been the one that has been taught for so long. What it does is, it is a very useful thing to use as a weapon, to say we are always separate, we've always been separate, you know? (That) this country is for a certain group of people because they're the only ones that matter, who did anything, you know? And it's just not true. I mean, it's not true on a massive scale. And so I'm like, I'm not a, you know, a professor in a college, and I'm not a talking head and I'm not a politician. Where I talk about this stuff is in music because it's very obvious. And music is something that a lot of people can come to without, you know, feeling defensive about it. It's like, look, here's where this stuff actually was here. And these people were doing this. And look how many times we came together. Look at how much we actually collaborated culturally.

Teel: Were there discoveries of connection or maybe disconnection that were surprises?

Giddens: I mean, I'm always surprised where Black people are everywhere in the history of so many different kinds of music. Even something I ... like, barbershop quartet. Like you consider that it's, like, the whitest-of-white art form. It's like people are wearing bow ties. But like, it's actually, you know, the origins of that lie in Black gospel quartet, you know? So it's, like, finding out stuff like that. I think, gosh, I have to stop being surprised.

Teel: So for the return trip here with the Charlotte Symphony, you're with a trio, right? Francesco, your partner is with you. And also Jason Cypher. How does the structure work on stage? How do you interact with the symphony?

Giddens: Well, it's kind of like it's fun because it’s a couple of different facets of, you know, what I do on stage, but I love being with symphonies. I've been doing it now for years, and I have a wonderful set of orchestrations by Gabe Witcher, who's in the Punch Brothers. And then I have a couple of moments with the trio on our own, which is really fun. So it'll be a nice, kind of variety of things, I think. I'm also doing the aria, the soprano aria, from the opera that I wrote with Michael Abel. So I will be pulling out the classical voice for one song. So that'll be ... it'll be interesting. It'll be a really good selection of pieces. I think it's kind of, you know, if you're not big on one, just wait and you’ll hopefully like the next one.

Teel: Rhiannon Giddens, I'm so grateful you had time to talk to me.

Giddens: Thank you. It was lovely to hear your voice.

Rhiannon Giddens performs Saturday night with the Charlotte Symphony as part of their annual gala event. 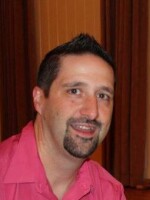