She was a Savannah icon, a memorable character in the best-selling book and later movie "Midnight In The Garden Of Good And Evil." The Lady Chablis died Thursday at the age of 59. The city of Savannah is remembering her as one of the best drag performers ever. Here's Georgia Public Broadcasting's Gabrielle Ware.

GABRIELLE WARE, BYLINE: Chablis was transgender and born Benjamin Knox. She played herself in the 1997 film version of "Midnight In The Garden Of Good And Evil." The casting director Chad Darnell, who was working another movie in Savannah at the time, remembers how she reacted when told she had to audition for the role.

CHAD DARNELL: There's nobody else who can play me but me. And I said, well, that's not true. She said, who would you cast? And I said, Whitney Houston. And she hauled off and slapped me so hard that she drew blood (laughter) with her nails across my cheek.

WARE: The 1994 novel by John Berendt shined a spotlight on the eccentricities of Savannah and the people who call the town home. Perhaps no one exemplified those characteristics more than fan-favorite Lady Chablis. She performed as a show-stopping drag queen at Savannah's Club One for decades. Her sparkling sequined gowns were only outshone by her sassy demeanor. She was unapologetically honest, even when it came to her fans. Angie Standard attended one of Chablis' iconic shows four years ago and says she will never forget the experience.

ANGIE STANDARD: She, of course, as she does with everyone, called me out and totally embarrassed me.

WARE: How did she embarrass you?

STANDARD: I really don't remember. You know how she was. She was the best - one of the best drag queens ever.

DARNELL: She was the grand empress of Savannah. We've lost a legend. It's really sad.

WARE: Friends, family and fans still have a chance to say goodbye. Next month, Club One will host a tribute to Chablis around the time it would have been her next performance. For NPR News, I'm Gabrielle Ware in Savannah, Ga. Transcript provided by NPR, Copyright NPR. 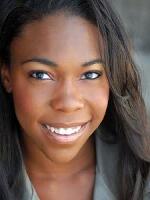 Gabrielle Ware
Gabrielle Ware is the All Platform Journalist at GPB Savannah. She studied Mass Communication with a concentration in Radio, Television and Film at Auburn University, War Eagle! Before her arrival at GPB Gabrielle worked at a television news station in Duluth, MN as a reporter and weekend anchor. Previously, she spent time as a production assistant for the Atlanta Hawks and as a production assistant for a local news station in Indiana. Gabrielle is thrilled to be back in Georgia and close to her family, who reside in Alabama and North Carolina.
See stories by Gabrielle Ware
Latest Stories