In late 2017, President Trump downsized two national monuments in Utah. Lawsuits from conservation groups and tribes are still working their way through the courts. This week, the Trump administration finalized plans to expand access for mining and drilling on many of those lands. The area has more than 11 billion tons of coal plus oil, gas and other minerals. But as Nate Hegyi of Mountain West News Bureau reports, industry is wary of digging in and locals are divided on whether it should.

NATE HEGYI, BYLINE: Breck Crystal is enjoying the desert sun at a gas station just east of the town of Boulder, right in the heart of Grand Staircase-Escalante National Monument.

Crystal is a local rancher and guide who's lived out here since 1996. And he says he welcomes Trump downsizing the monument and calling for more resource development on public lands here.

HEGYI: And this vast expanse of southern Utah's red rock desert could produce a lot.

HEGYI: John Freemuth is a professor of public lands policy at Boise State University. He says industry has been kicking the tires of Utah's red rock desert for decades. Access to those minerals became available when President Trump drastically reduced the boundaries of both Bear's Ears and Grand Staircase-Escalante national monuments. But in the last two years, big oil, gas and mining companies haven't come in yet. Freemuth says there are a lot of reasons for that.

FREEMUTH: Industry is not stupid about the cost of producing things. I think they're pretty, you know - fairly astute on the market. And some of that stuff is deep and harder to get to or expensive to produce.

HEGYI: And in some cases, there isn't much of a market demand right now for minerals like coal and uranium. So they may just stay underground. But above ground, another industry has been growing - tourism.

NATHAN WAGGONER: Tourism is a - it's a vital part of this community.

HEGYI: Nathan Waggoner owns an outdoor gear shop in the town of Escalante. Tourism pumps more than $150 million into the region every year and employs almost half the people who live and work there - most of them in the service industry.

WAGGONER: And as people come to enjoy this place, different industries are popping up. And we're seeing, you know - just Main Street has changed the last 15 years. And it's good to see. It's good to see that in a small town in the West.

HEGYI: And that's why he's so baffled that the Trump administration would shrink this area's monuments and expand the potential here for mining and drilling. He says that could scare away tourists and damage the pristine nature of this place. It's home to towering canyons, ancient petroglyphs and the clear, shallow Escalante River. It runs 87 miles through the heart of its namesake monument.

(SOUNDBITE OF SLOSHING THROUGH WATER)

HEGYI: Jonathan Paklaian, who works for a local environmental nonprofit, likes to come here some days after work.

JONATHAN PAKLAIAN: Getting out here for a trail run, it's rejuvenating. And it's kind of like hitting a reset button on your mind.

HEGYI: He doesn't want to see this red rock desert become a home for drilling and mining. And he may not have to. If the pending lawsuits by conservation groups and indigenous tribes are successful, the monuments will be restored and off limits to development once again. For NPR News, I'm Nate Hegyi in Escalante, Utah. Transcript provided by NPR, Copyright NPR. 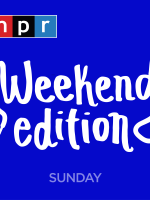 Nate Hegyi
Nate Hegyi is the Utah reporter for the Mountain West News Bureau, based at KUER. He covers federal land management agencies, indigenous issues, and the environment. Before arriving in Salt Lake City, Nate worked at Yellowstone Public Radio, Montana Public Radio, and was an intern with NPR's Morning Edition. He received a master's in journalism from the University of Montana.
Latest Stories