We learned something about new CMPD chief Kerr Putney on Thursday. In an appearance on Charlotte Talks, host Mike Collins asked Putney what attracted him to becoming a police officer.

"Well Mike, nothing. That’s the truth of it. I did not want to be a cop," Putney said.

In fact, Putney says he didn't care for police officers growing up in Roanoke Rapids, NC.

Obviously, that changed. After 23 years on the job, Putney took over as police chief July 1st.

He says one of his priorities is to recruit officers who “have their hearts in the right place” – a quality Putney says he didn’t gain until after being on the job.

"It's a journey, though" Putey said, "because I didn't initially. I came in with a huge ... it was more like a boulder on my shoulder. I wanted to show that I was as good if not better than most cops. And what I saw was a lot of heroes who worked beside me who I had to depend on for my safety. And regardless of their color, they took their oath seriously, and that impressed me."

They also discussed preparations for the upcoming trial of Randall Kerrick, the former officer charged in the shooting death of an unarmed Jonathan Ferrell.

The audio above is a 5:19 excerpt of the Charlotte Talks interview. Click here to listen to the entire interview. 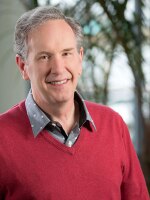 Mike Collins
WFAE's Charlotte Talks is hosted by veteran Charlotte broadcaster Mike Collins, who has been a fixture in local radio and television since 1985. His knowledge of North and South Carolina combined with his 30 years experience in broadcasting has helped to make Charlotte Talks one of this area's favorite programs.
See stories by Mike Collins
Latest Stories